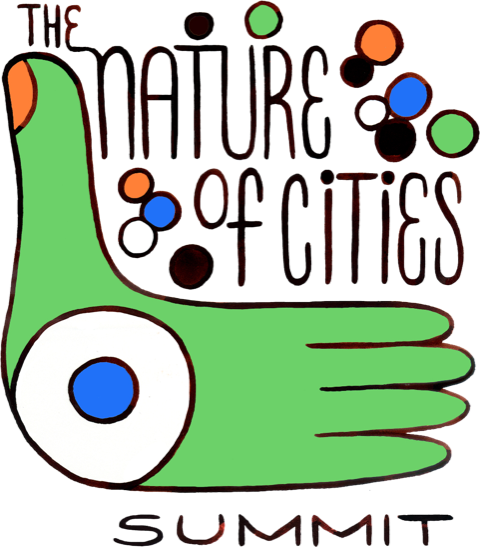 The Nature of Cities and

The Nature of Cities — Europe
A movement for collaborative and transdisciplinary green cities
Sign up for updates:

Daniel Breuiller, Paris
Daniel is Vice President of the Metropole du Grand Paris in charge of urban nature, landscape heritage and urban agriculture. He was Mayor of Arcueil from 1997 to 2016. Founder of the Bievre Scientific Valley and the Cancer Campus Association and Vice President of the Val de Bievre urban community from 2000 to 2016. He was a member of the General Council of the Val de Marne “Department” from 2004 to 2015 and Vice President in charge of participatory democracy and sustainable development.

Pénélope Komitès, Paris
Pénélope Komitès was first a teacher before working in event communication and then joining the associative world. From 1992 to 1998 she was the executive director of Greenpeace France.In 2001, she was elected representative at the Paris City Council. She was also deputy to the Mayor of Paris, Bertrand Delanoë, in charge of disabled people. Since 2014, she is deputy to Mayor of Paris, Anne Hidalgo. She is in charge of green spaces, nature, biodiversity, urban agriculture, and funeral affairs. She implements the commitments of the mandate throughout the creation, by 2020, of 30 hectares of additional green spaces, the plantation of 20 000 trees and the creation of 100 hectares of green roofs.

Dialogues (not really traditional keynotes) will model a conversational spirit across ways of knowing and mods of action. They will focus on pairs or trios of short talks from different disciplines, followed by the two (or three) interviewing each other onstage. For example, an Ecologist and an Artist each gives a 7 minute talk, and then have a moderated conversation. Other pairings might include: Planner and Activist; Social Scientist and Climate Scientist; Urban Farmer and … You get the idea.

The exact pairings are being actively explored now, but here are some of the speakers so far, with more added every week.

Pippin Anderson, Cape Town
Pippin works at the University of Cape Town in South Africa where she is lecturer and director of graduate studies in the Department of Environmental and Geographical Science and urban ecology researcher at the African Centre for Cities. Pippin lives in a dense suburb close to the city centre in Cape Town, yet from her roof (she goes up there for purposes of sanity) she can see Table Mountain National Park. She loves this dichotomy where city and nature must coexist, with their different temporal and spatial scales, and each so variably imagined by the population of the City. She enjoys grappling with the messiness of the ecology of human dominated landscapes.

Toni Anderson, Chicago
Toni Anderson is an urban ecologist, human emergence practitioner and Founder & President of Sacred Keepers Sustainability Lab and Mindful Rant; organizations designed as vehicles for providing youth with the tools they need to be agents of mindful social/environmental change and proactive personal power. Her focus is on the intersection of climate and culture related to indigenous peoples and urban places through the lens of the historical effects of global colonization and its bearing on our relationship with the earth, social and human connection. Toni dedicates herself to disrupting the internal tyrannies and re-designing how power and leadership is shared.

Isabelle Anguelovski, Barcelona
Isabelle is a Senior Researcher at the Institute for Environmental Science and Technology at the Universitat Autònoma de Barcelona. She is a social scientist trained in urban and environmental planning and coordinator of the research line Cities and Environmental Justice.

PK Das, Mumbai
P.K. is popularly known as an Architect-Activist. With an extremely strong emphasis on participatory planning, he hopes to integrate architecture and democracy to bring about desired social changes in the country. In addition to his design practice, he has been instrumental in the Open Mumbai project to map green spaces and slums of Mumbai, and an activist in a more participatory and inclusive Mumbai urban plan.

Andrew Grant, Bath
Andrew formed Grant Associates in 1997 to explore the emerging frontiers of landscape architecture within sustainable development. He has a fascination with creative ecology and the promotion of quality and innovation in landscape design. Each of his projects responds to the place, its inherent ecology and its people.

Nina-Marie Lister, Toronto
Nina-Marie is Graduate Program Director and Associate Professor in the School of Urban + Regional Planning at Ryerson University in Toronto. Her research, teaching, and practice focus on the confluence of landscape infrastructure and ecological processes within contemporary metropolitan regions, with a particular focus on resilience and adaptive systems design. At Ryerson, she founded and directs the Ecological Design Lab, a collaborative innovation incubator for ecological design research and practice, and an experimental generator in rapid prototyping for resilience.

François Mancebo, Paris
François is the director of the International Research Center on Sustainability (IRCS) and of the Institute of Regional Development, Environment and Urban Planning (IATEUR). Full professor of urban planning and sustainability at Rheims University, his research aims to determine the conditions of urban transitions to sustainability. He considers planning as an adaptive process subject to continuous adjustments which address primarily governance and policy making.

**New** Mary Miss, New York
Mary has reshaped the boundaries between sculpture, architecture, landscape design, and installation art by articulating a vision of the public sphere where it is possible for an artist to address the issues of our time.  She has developed the “City as Living Lab”, a framework for making issues of sustainability tangible through collaboration and the arts.

Diane Pataki, Salt Lake City
Diane is a Professor of Biology and Associate Dean for Research in the College of Science, University of Utah. She is a plant and ecosystems ecologist who studies the role of urban landscaping in local climate, air quality, greenhouse gas emissions, and water resources.

Mary W. Rowe, Toronto
Mary is an urbanist and civic entrepreneur. She currently lives in Toronto, Canada, the traditional territories of the Anishinabewaki, Huron-Wendat and Haudenosauneega Confederacy, and works with government, business and civil society organizations to strengthen the economic, social, cultural and environmental resilience of the city and its neighborhoods.

Huda Shaka, Dubai
Having grown up in Dubai and witnessed first-hand the city’s transformation over thirty years, Huda is fascinated by the opportunities and challenges that come with rapid urban development. As a consultant with the international planning and engineering firm Arup, Huda has worked on a variety of strategic projects in the Middle East, leading the environmental and sustainability workstreams on many of them.  She enjoys collaborating with multidisciplinary teams to arrive at innovative and site-specific solutions.

Elisa Silva, Caracas
Elisa Silva is director and founder of Enlace Arquitectura 2007 and Enlace Foundation 2017, established in Caracas, Venezuela. Projects focus on raising awareness of spatial inequality and the urban environment through public space, the integration of informal settlements and community engagement in rural landscapes. Public space interventions in informal settlements through didactic and participatory methodologies are central to the firm´s practice and were awarded in the XX Architecture and Urbanism Biennial in Valparaiso, Chile 2017.

David Simon, Gothenburg
David is a Professor in Development Geography at Royal Holloway University of London and Director of Mistra Urban Futures in Gothenburg, Sweden. Since taking up the latter position as Director in 2014, he has developed the transdisciplinary co-production approach of Mistra Urban Futures into a leading centre for urban sustainability research. He is a frequent speaker at international conferences and has published numerous articles, book chapters and books. David has an inclusive view on research; there are more “knowledges” than the academic and other people than scholars can be researchers.

Karen Tharp, Chicago
For over 20 years, Karen has been supporting programs within The Nature Conservancy that connect people of all walks of life to the natural world through community stewardship. The majority of those years were spent leading a network of 110 organizations responsible for managing over 450 natural areas across Illinois with a shared vision to support volunteers to restore and protect nature. Over the past five years, she served as the Director of Urban Stewardship and Engagement in Chicago, building an urban conservation program that benefits both biodiversity and people, utilizing the principles of whole communities and rooted in equity, health, and democratization of green space.

Nadia Vidori-Gauthier, Paris
Nadia  is an artist, PhD (Esthetics, Université Paris-8), and Body-Mind Centering® Teacher. Trained in dance, theater, visual arts, and movement practices, her current research subjects, based on the implementation of a theoretical-practical continuum, concern different thresholds of perception and representation in the creative process, with the goal of producing an art that maintains its connection with life and establishes new collective arrangements between artists, spectators, and environments. Since January 2015, she has been running a daily performance art project: One Minute of Dance a Day.

Diana Wiesner, Bogotá
Diana is a landscape architect, proprietor of the firm Architecture and Landscape and director of the non-profit foundation Cerros de Bogotá. Diana has 20 years of experience in themes of urban ecology, design of public space and research and analysis of ecological and urban issues. She seeks to integrate culturally based place making, and community participation to advance the health and well-being of humans and ecosystems at the local, regional, and global scales.

Fish Yu
I grew up in Nanjing—previous capital in Yangtze Delta and started my career in Beijing—current capital & the world’s second most populous city as a sales marketing professional. In early 2000, I went to Canada for business school but later came back as a campaigner of non-profits in China and worked for nearly a decade before I finally got my MSc in UK. In 2017, I moved to Shenzhen—China’s youngest megacity in Pearl River Delta to begin my career at The Nature Conservancy, primarily on urban efforts. By the way, I reckon if human can do good within urban boundaries, Nature would be in peace.